Art and Politics: Politics and Art 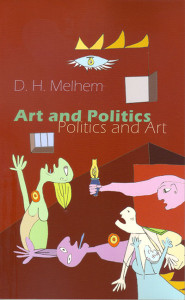 Probing, wide-ranging, brimming with passion and outrage, Melhem’s eighth collection of poems grips the reader with accounts of individual triumphs and the ongoing catastrophic conflicts of our world. The author draws on her years as a painter and sculptor to bring a distinct visual and lactile quality to her poetry. In this volume, Melhem proceeds from robust individual portraits through observable terrains to traumatic visions of war. “Certain Personae” ranges from black writers to Abraham Lincoln, from a portrait of the suffragist Elizabeth Cady Stanton to the poetry of John Updike, and finishes with paintings of Hannibal crossing the Alps. In “Mostly Political”, the poems traverse the local and the universal: melting polar ice caps, capitalism, a painting by Max Ernst interpreted in antithelical ways, and a poem surveying Manhattan’s Upper West Side in the context of international events. “Wars”, the third and last section, gives intimate and searing glimpses of the Trojan War, World War I, the Gulf War, the Iraq war, and the conflict over Palestine. 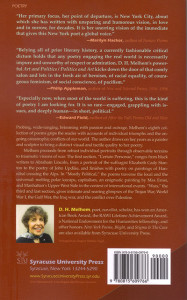 Belying all of prior literary history, a currently fashionable critical dictum holds that any poetry engaging the real world is necessarily impure and unworthy of respect or admiration. D. H. Melhem’s powerful Art and Politics / Politics and Art kicks down the door of that comfy salon and lets in the fresh air of heroism, of racial equality, of courageous feminism, of social conscience, of pacifism. Philip Appleman, author of New and Selected Poems, 1956-1996

Buy the book online at: Amazon 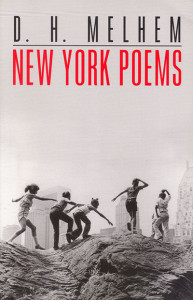 Spanning roughly the past 30 years, New York Poems revisits and brings to life the vanished and still-vanishing New York of the ’70s and ’80s. It includes Notes on 94th Street, Children of the House Afire (with some revisions), “Requiescant 9/11,” the World Trade Center sequence from Conversation with a Stonemason, and a new work, “Prospect.”

Gwendolyn Brooks, who proposed Melhem’s first book, Notes on 94th Street (first ed., 1972) to the Pulitzer Prize Committee on which she was serving, writes:

D. H. Melhem is one of our brilliant contemporary talents…. As a writer she is serious, fervent, meticulous…. She possesses one of the most remarkable minds of our time.Gwendolyn Brooks 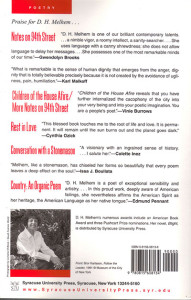 The power in this book is explosive. . . . If New York Poems is, like all good books a stew of implied sermons, it is also a wonderful read in a very simple way. Phrase by phrase one can either marvel at Melhem’s masterly pen-and-ink depictions of city life or be touched in a deeper way by her homage to the ritual affirmations of humanity at its most crowded, diverse, feral and feisty.One never feels any detachment in the poet about her subjects. She is close, intimate, wrestling in the mud with everyone and everything in this raffish and involutely elegant trove of a book.
Matthew Paris, Home Planet News

Buy the book at Barnes and Noble | Syracuse Univ Press 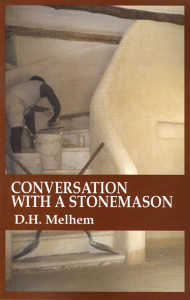 From the Hollywood Hills to Nairobi, from Palestine to the World Trade Center, and not least from the locality of the human heart, D. H. Melhem brings her observant eye to journeys both inward and outward. Her family stories are skillfully told elegies and praise poems for both contemporary and legendary women. A visionary with an ingrained sense of history, this poet’s deep concern is social justice,

but her love of visual beauty will not be denied. Melhem’s passionate witnessing to the world’s fullness gives us a poetry to be reckoned with. I salute her.

Buy the book online at Amazon: Conversation With a Stonemason 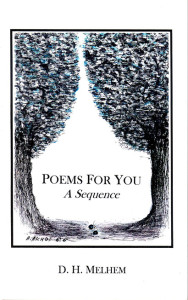 A chapbook sequence of love poems, chronicling a relationship.

Mack Rosenthal, who knew a thing or two or three about the modern poetic sequence, would have 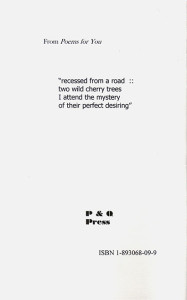 recognized this as the real thing. There is such passion and, at the same time, restraint of tone and diction…a cumulative effect. Passion, kindness, clear music, all the good stuff of poetry is here.

Buy the book online at Amazon: Poems for you: A sequence 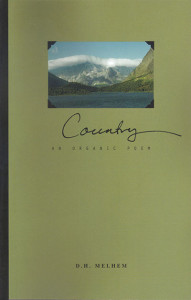 History, Vietnam, the immigrant dream, landscapes of failure and fulfillment lattice the themes and motifs of this visionary work. An American epic in progress since 1972, it explores the surface and substance of the national soil and soul. 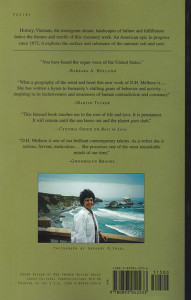 What a geography of the mind and heart this new work of D. H. Melhem is….She has written a hymn to humanity’s shifting gears of behavior…inspiring in its inclusiveness and awareness of human contradiction and constancy.

Country is a masterpiece of fresh, lively form and imagery. 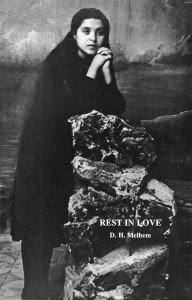 A book-length elegy for the poet’s mother, Georgette Deyratani Melhem, who died in 1969 at the age of 63. Designed by the author, written over a period of six years. 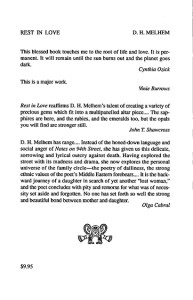 This blessed book touches me to the root of life and love. It is permanent. It will remain until the stars burn out and the planet goes dark.

Buy the book at: Barnes and Noble 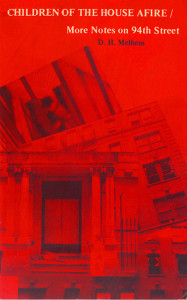 This collection continues to examine the milieu of 94th Street. In 1999 it gave its title to the musical drama produced at Theater for the New City, with music by Grenoldo Frazier and book, lyrics, and additional music by D. H. Melhem. While several critics were put off by some of the strongly political poems, it received much praise. Like Notes on 94th Street, Children of the House Afire ranges the lives and 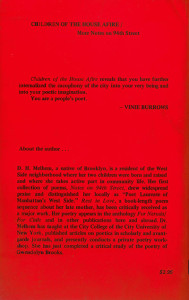 locale of the area and remains as a social as well as aesthetic document of situations and places that no longer exist. It is included (with revisions) in New York Poems (2005).

This book, the author’s first, has been recognized as “the first poetry collection in English by an Arab-American woman” (see The Oxford Companion to Women’s Writing in the United States, 1995). Gwendolyn Brooks proposed the book, in its first edition, to the Pulitzer Prize Committee on which she was serving.

The collection reveals the pathos and beauty of the poet’s Manhattan West Side neighbors and neighborhood. Greeted with universal enthusiasm, it received praise from many distinguished writers and critics. It is included in New York Poems (2005). See above. 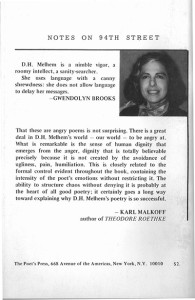 It is a world swirling with passion, obsession and divine madness. Once she has introduced the reader to it, its power and its force inevitably, deeply overwhelm him.
from the Preface by Martin Tucker, editor Confrontation

Buy the book online at Amazon: Notes on 94th Street